What Is An MHA Degree?

4 Tactics That Health Care Managers Use to Promote Change 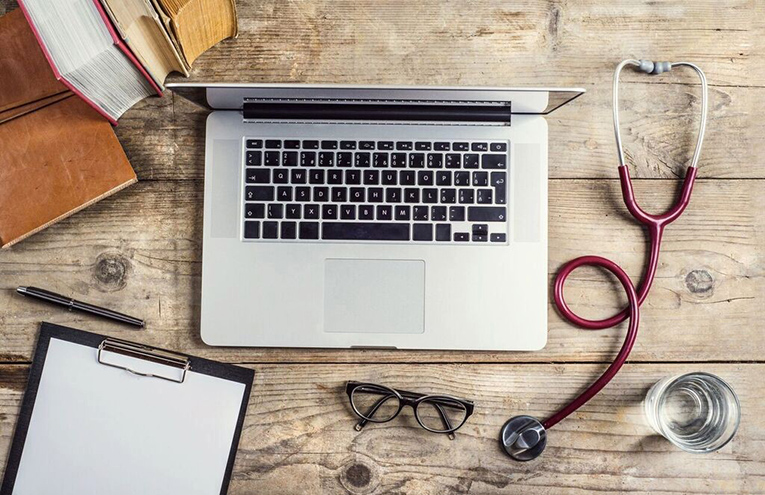 Telehealth, a term used interchangeably with telemedicine, allows clinical specialists to deliver services via the Internet. [1] According to various sources including the National Advisory Council on Nurse Education and Practice (NACNEP), these services might include health care administration, patient and caregiver education and public health initiatives. Providers deliver services using technologies such as:

The fledgling technology, however, faces barriers to regular use, such as limited applications, funding and a shortage of proficient practitioners. Despite these shortcomings, telemedicine will eventually make it easier for patients to access services.

Care providers who are already exploiting telemedicine technology have experienced a five to ten percent decline in physical patient admissions. In light of these results, nursing informatics proponents encourage the country’s Health and Human Service Administration (HRSA) to increase telemedicine funding. According to the report issued by (NACNEP) called “Challenges Facing the Nurse Workforce in a Changing Environment,” almost all patients surveyed after experiencing telehealth services reported overall satisfaction, with only 15 percent raising concerns over privacy issues.

Care providers have already developed other ways to make efficient use of telemedicine technology. For instance, it can improve disaster emergency response services in various ways, including:

NACNEP proposes telehealth technology be used to manage volunteer deployments nationwide. However, the group recognizes that the government must first establish accountability among various national agencies under the proposed system. Additionally, the group acknowledges the need for formalized national volunteer management policies regarding human resource administration and staff member allocation.

Large-scale disasters such as floods and accidents differ from biological events, in that early detection helps respondents mitigate threats. During such events, nurses report the individual diagnoses that converge into an outbreak. Using telehealth technology, care providers can monitor emergency department records, which detect these events and help thwart sweeping, irregular sicknesses and injuries.

For mass emergencies and resource management during the forthcoming baby boomer patient influx, care providers can use telehealth technology to manage available hospital beds, medical supplies, medical equipment and health care personnel. During a feasibility study of this concept, the Agency for Healthcare Research and Quality (AHRQ) demonstrated a software solution named the National Hospital Available Beds for Emergencies and Disasters (HAvBED) System. The Department of Health and Human Services has considered officially implementing this resource after its successful performance. Meanwhile, engineers have started working on another technology called the National Mass Patient and Evacuee Movement Regulating and Tracking System. This will help municipal planners coordinate population movement and resource allocation during mass evacuations.

An Invaluable Asset for All Stakeholders

Providers view telemedicine as the natural evolution of technological advancements in health care, according to a targeted study by the U.S. Department of Commerce. [2] Practitioners who use telehealth technology have witnessed improved outcomes among underserved groups. Telemedicine has also allowed specialists to treat patients suffering from chronic conditions such as congestive heart failure, diabetes and obstructive pulmonary disease, while reducing expenses. Positive benefits will grow drastically as more care providers adopt the technology to treat chronic illnesses, which generate around 75 percent of all health care expenses.

Patient-centered MDs have resumed the age-old practice of making house calls, but with a new spin. The physicians use telehealth software developed in partnership by the health network Northwell Health and by the technology firm Avizia Incorporated. The platform is called Avizia Telehealth Software. [3] With an $18 million investment from Northwell Ventures, the plan is to integrate the technology into Northwell Health’s 21 facilities based in New York. The initiative will connect providers and patients online via myCare by Avizia. The technology builds on Northwell’s existing telehealth services, a seven facility electronic ICU and the “telestroke” program. Through this venture, the enterprises plan to “care for any patient in any place.”

In other regions, such as Europe and Australia, widespread telehealth adoption prevails among care providers. The Australian government has sponsored an initiative called the National E-Health Transition Authority (NEHTA) to develop standards and infrastructure supporting telehealth technology. In the United States, health agencies have launched similar initiatives such as:

Despite the potential benefits offered by telehealth technology, its proliferation remains sluggish in the United States. American health providers have yet to standardize a reimbursement system or protocols for patient information and financial security. Moreover, without established interoperability standards, compatibility among many devices used to deliver telehealth services eludes the grasp of care providers.

Combined technological and administrative shortcomings temporarily prevent United States populations from enjoying the full benefits of telehealth. However, advocates of the technology expect this circumstance will improve in time through increased cooperation among care providers, manufacturers and government legislators.

At Regis, we give you more pathways to pursue your goals in healthcare administration. As a dedicated leader of health administration education, we welcome ambition-driven, self-motivated professionals like you from all health care settings. Gain special insight into areas like management, communications, health informatics, and health policy through our Online Master of Health Administration.

1. National Advisory Council on Nurse Education and Practice
2. Telemedicine: An Important Force in the Transformation of Healthcare
3. InnovateLI